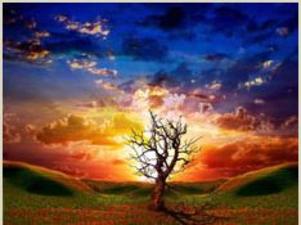 The Ajmer sharif Dargah (Shrine) had become one of the most important centers for the diffusion of composite culture that had struck deep roots in the psyche of both the Hindus and Muslim. Thus the result of the long association of the Hindus with the shrine can be assessed from the customs at the Dargah by the Muslims and Hindus alike. For example putting Lachcha (red and yellow threads) around the neck or hand of the devotees, pasting of sandal at mazar and tying of threads at shrine as a mark of vows (mannat), cracking of coconuts at the door steps of Dargah, and the lighting ceremony at dust etc are symbolic of the emerging of composite culture.

The word NAZR is an Arabic word which means “an offering,” in its verbal form it will mean “to offer” or “to make a spiritual vow.”

Note that NAZR is used in Arabic in a totally different meaning also – “to warn,” that is not in this context. Therefore, we leave that for the time. The Glorious Qur’an has used the word “NAZR” in both meanings. We will only discuss here the first usage, i.e., which is relevant to our discussion here. Sometimes the word NIAZ is also used in this context. This is a word from Farsi which means “need,” and it is its metaphorical use in the sense of an offering.

The basic concept of NAZR is to offer something less valuable in the hope and expectation of receiving something of higher value. The “value” does not have to be material; it could just be honor and dignity. The examples below will explain this notion further.

1. In 5:27-31 the Glorious Qur’an tells the story of the two sons of the prophet Adam (peace be upon him). The two sons of Adam (Habeel and Qabeel, Anglicized names: Able and Cain) made an offering to their Lord, one was accepted and the other was rejected. The brother, whose offering was rejected, became jealous of his brother and in a rage of jealousy and frustration he killed his brother. For that Qabeel’s face was darkened, he went crazy and he will bear the burden of every unlawful murder to the Day of Judgement. Note that the word for offering used in the Glorious Qur’an in this instance is Q-R-B instead of NAZR

2. In 3:35 the Glorious Qur’an tells the story of Maryam’s (Mary of the Christian scriptures) mother. When a woman of Imran said: My Lord, surely I vow to Thee (rabbi inni nazartu) what is in my womb, to be devoted (to Thy service); accept therefore from me, surely Thou art the Hearing, the Knowing. However, when the child was born, it was a girl (Maryam) and the families were puzzled as to how to send a girl to the Temple. But they fulfilled the vow as they had promised their Lord. And, Maryam was dedicated to serving in the Temple under the guardianship of prophet Zakaria (peace be upon him). Later she gave birth to Prophet Jesus (peace be upon him)

3. In 19:26 the Glorious Qur’an tells the story when Prophet Jesus is born without a father and the Jews are asking of Maryam about such an implausible situation. So eat and drink and refresh the eye. Then if you see any mortal, say: Surely I have vowed a fast to the Beneficent God (inni nazartu lir-Rahmaani sawman). So I shall not speak to any man today.

4. In the first twelve verses of Sura Dahr (chapter 76) the Glorious Qur’an tells the story of NAZR by the Ahlul Bayt (may our salams and Allah’s peace be unto them). The Glorious Qur’an describes the beginning of man and the attributes of a grateful man in this chapter. One of the many attributes of a grateful and faithful person is described in verses 7 and 8: “Because they perform the vow (yufoona bin-nazri) and fear a day whereof the evil is wide-spreading, And feed with food the needy wretch, the orphan and the prisoner, for love of Him.”

The Hadeeth literature indicates that the Ahlul Bayt (A.S) showed the importance of Nazr by their acts more than once. The following story is recorded in many tafseer books about the revelation of these verses of sura Dahr.

Once the Imam Hasan and Imam Hussain, who were at that time 5 and 4 years old, fell ill. When the Prophet of Islam, missed them in the mosque, he came to Hazrat Fatima Zahra’s house to inquire about them. When he was told that they were sick, he suggested that both parents should take a spiritual vow (Nazr) for the children’s recovery. So both Imam Ali and Fatima Zahra prayed to Allah for the recovery of Hasan and Husayn (peace be unto them all) and took a vow to fast for three consecutive days when the children became well again. The children did recover from the illness soon after. Both parents set about fulfilling their spiritual vow and fasted. When the children saw that, they also decided to fast with their parents and so did the house-maid, Fiddha.

But that day there was no food in Fatima’s house even for breaking the fast. So Imam Ali went out looking for work. He could not find any. But he was able to get three kg’s of wool to be spun in exchange of three kg’s of barley. Fatima Zahra spun the wool all day. She was only able to dispense with one kilo of it. So she took only one kilo of barley ground it into flour and prepared five loaves of bread. While they were all ready to break their fast, someone knocked at the door saying: “O people of the house of the Prophet, I am a poor man and I have nothing to eat, is there anything you could do to feed me.” At this Imam Ali stood up, went to the door and gave his loaf to the man. Fatima Zahra did the same. Watching this, both children also gave their loaves and so did the maid. They broke their fast by water and retired.

The next day Fatima Zahra spun another kilo of wool. So she separated one kilo of barley, ground it into flour and prepared five loaves once again. As they were ready to break their fast, once again, a voice called out from the door: “O people of the house of The Prophet, I am an orphan, I am hungry, could you feed me?” Hearing this, Imam Ali stood up and gave his loaf to the man, so did Fatima Zahra, the children and the maid.

They all, once again, broke their fast by water and retired. Came the third day, Fatima Zahra spun the rest of the wool, took the remaining barley, ground it into flour and prepared five loaves. As they were ready to break the fast, a voice called from the door saying: “O people of the house of the Prophet, I am a prisoner, I am hungry, could you feed me?” Hearing this, once again, Imam Ali stood up and went to the door and gave his loaf away to the prisoner. Fatima Zahra, the children and the maid did likewise. Every time the person at the door would want to express his gratitude for the kindness, Imam Ali would say: “No, no, we are not looking for any reward from you for this act, we are doing it out of Allah’s love.”

Firstly a Devotee makes a vow and when his vow (Mannat) is fulfilled he makes the offerings Nazr-O-Niyaz.

The offerings is this that the devotee has not made any vow, but when he visits at Dargah for Ziarat (Pilgrimage) he out of devotion presents certain money at the Holy Dargah of the Khwaja Sahib with the intention that whatever he is presenting, he is presenting as an offering to that Saint with clear implication that the same will be used by those who are entitled to receive it. At Ajmer the devotees pay offerings to a Khadim whom they take as their well wisher ( vaqil) or spiritual preceptor (Moallim).

If you intended wish has come true after making a wish via Ajmer Sharif Dargah then , you should hasten in fulfilling you “Mannat.”
This is very important since the Mannat until fully done, stays upon a person as a burden. So we strongly advise you to contact us in Ajmer Sharif.
We have a lot of inquires coming through of people who have hesitated or somewhat reluctant in giving Mannat after their wish has come true! Please understand that Intention of Mannat is not a childs play. You are making a pledge in the divine spiritual courts that you promise to fulfil (Mannat) should a specific wish be granted.
Once the Wish or Mannat has come true and then, not fulfilling your Mannat as quickly as possible is not a good Idea in the Spiritual spheres. So we strongly suggest to those who have achieved a successful Mannat to complete to do so at once, and to those who are intending to do a Mannat (Wish) please consider such action with great responsibility and care …This is not a matter to be taken half heartedly or lightly! You are making a promise ..So Keep it!
We strong advice you to pick the phone & ring me without delay

if you have questions in regards to mannat or are seeking to make mannat at the Dargah sharif. We can help you through the process of making the mannat on behalf of you by tying the Wish String called a “Thaga” (see photo Above). We can guide you through in completion of your Mannat after successful outcomes. 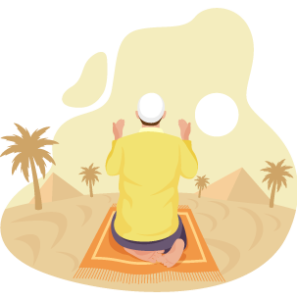